LOL The boys of L’Arc~en~Ciel are trolling EVERYONE! 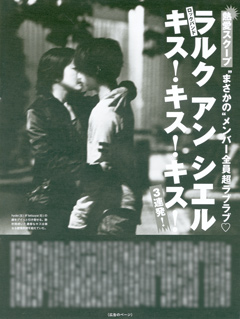 On October 14th, tabloid magazine, “FRIDAY“, published their latest issue with “secret photos” of rock band L’Arc~en~Ciel. The magazine featured photos of hyde (Vo) kissing members ken (G), tetsuya (B), and yukihiro (Dr) on the streets, at the park, and in the car. Although the article states, “It’s surprising that all band members were ‘partners’,” and “Is the kiss a proof of affection, or a symbol of devotion?“, L’Arc~en~Ciel’s official website denied the reports saying, “The details are different from the truth. We will refrain from making any comments on this story.” It turns out that these photos were all planned and published as the promotion for the band’s latest single, “XXX“, which was released on October 12th. Since the comment on their official website was posted before “FRIDAY” was released, it caused many confused fans to speculate upon this matter. 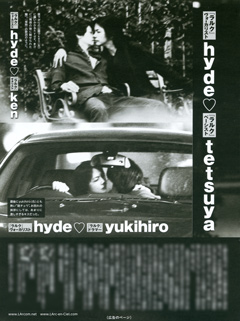 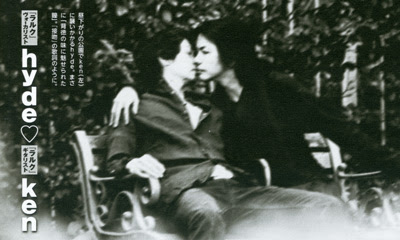 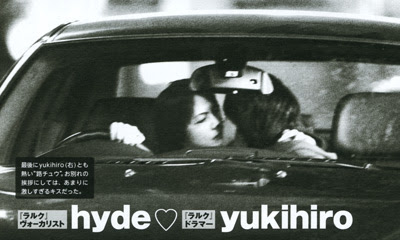 Posted by Cyn City at 4:18 PM
Email ThisBlogThis!Share to TwitterShare to FacebookShare to Pinterest
Labels: ghei of the week