Double dose for this week. 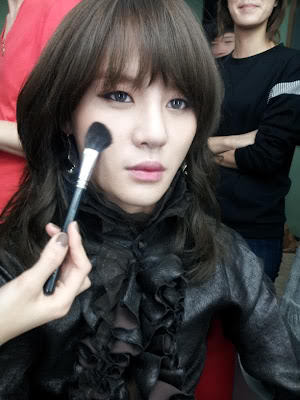 Since 2007, Disney has allowed gay couples to participate in its Fairy Tale Wedding program in the United States. Tokyo Disney Resort (TDR) has not banned gay weddings, but they did have some restrictions in place. When LGBT rights activist Koyuki Higashi contacted TDR this year to inquire about holding a lesbian wedding there, officials told her that they would allow a ceremony, but would not allow both women to wear wedding dresses.

Somebody had to dress as a woman and somebody had to dress as a man (“同性カップルの場合、一方が男性に見える格好で、もう一方が女性に見える格好であること。異性カップルに見えない装いでの結婚式はお断りしてい る”). Using her Twitter account, Higashi spread the news of this disappointing policy. In response to the negative online PR, the company that manages TDR contacted Disney’s American offices for a clarification of its gay wedding policy. It only took one week for them to reverse their decision and apologize to Higashi. Tokyo Disney will no longer require homosexual couples to dress like like heterosexual couples at its wedding ceremonies.

(Note: Disney may be allowing these ceremonies, but gay marriage is still not legally recognized in Japan. )
Posted by Cyn City at 1:52 PM
Email ThisBlogThis!Share to TwitterShare to FacebookShare to Pinterest
Labels: ghei of the week