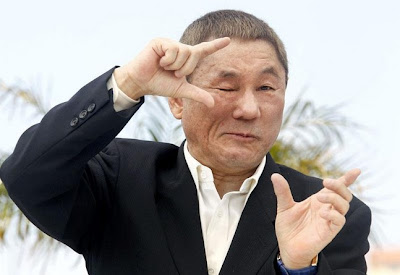 Actor-director Takeshi “Beat” Kitano on Monday rejected accusations he made disparaging remarks about same-sex marriage on a talk show, after drawing criticism from gay rights campaigners. Kitano, whose yakuza gangster films are popular around the world, enraged activists after his comments on a popular current affairs show as guests were being asked for their opinions on U.S. President Barack Obama’s stance on gay marriage. Earlier this month, Obama became the first sitting U.S. president to openly back gay marriage, an issue that sharply divides America. “Obama supports gay marriage. You would support a marriage to an animal eventually, then,” Kitano said after being shown footage of people celebrating the U.S. president’s comments. On Monday, Kitano said: “I was only talking about people who love their pets so much that they may think of marrying them.” “There is no way I look at gay people the same as animals, let alone implying sexual relations with animals,” Kitano said, in comments relayed to AFP by one of his staff. Kitano, whose 1997 film “Hanabi” won the Golden Lion at Venice, is a regular feature on Japanese television, hosting his own weekly show.

Via Arama They Didn't.
Posted by Cyn City at 4:16 PM
Email ThisBlogThis!Share to TwitterShare to FacebookShare to Pinterest
Labels: ghei of the week