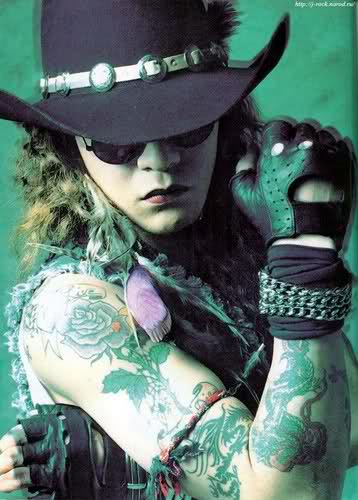 The Consular Office of Japan in Saipan revealed that on July 17th, Sawada Taiji (aka TAIJI), a former bassist of rock group ‘X‘ (now called ‘X JAPAN‘) had passed away in a hospital in Saipan.

As reported on July 11th, Sawada was arrested due to his violent actions on the airplane that was heading towards Saipan. On the 14th, he attempted suicide while he was in custody.

Although he was transported to the ICU in the hospital, TAIJI had been unconscious since then. His death has been confirmed by his family, and the cause of his death has yet to be revealed. Taiji was 45 years old.

Our condolences to his family and loved ones during this difficult time.

Update: According to Sankei Sports (via Tokyograph), TAIJI was on life support, but family members who arrived at the hospital gave their consent to remove him from life support.

Posted by Cyn City at 5:29 PM
Email ThisBlogThis!Share to TwitterShare to FacebookShare to Pinterest
Labels: wtf of the week