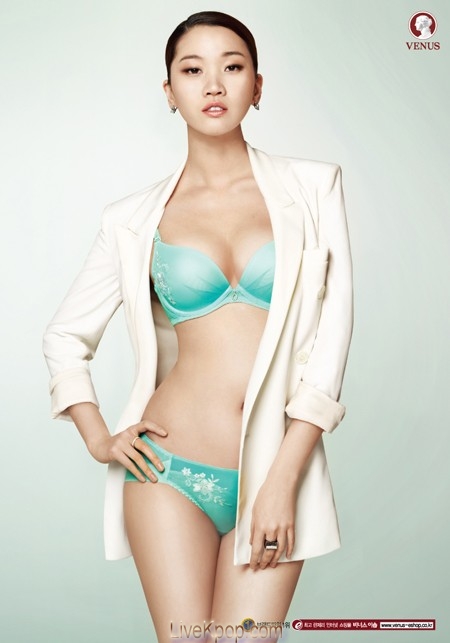 Ummmmm that's not a normal "greeting" madam. Who do you think the "foreign" celebrity is?


Model and actress Jang Yoon Joo revealed that she was approached by a famous foreign singer in the past. On September 15th’s episode of KBS’s “Happy Together 3″, “Aspiring MC’s Special”, Jang Yoon Joo, Boom, Haha, Kim Hyun Chul, and Ko Young Wook appeared to showcase their stories. On the episode, Jang Yoon Joo stated, “I was approached by a famous foreign celebrity… He is a bit older and of African-descent. One time, he kissed me on the neck during an interview. It was supposed to be a greeting type of kiss, but it was way too long to be just a greeting kiss”, cooking up curiosity. She continued, “When I came back home and looked, there was a mark left on my neck… He also said to me, ‘I wish I had a girlfriend like you’. I can’t reveal his name because he is such a famous musician”. On the episode, Jang Yoon Joo also shared her secrets on keeping in shape.
Posted by Cyn City at 5:22 PM
Email ThisBlogThis!Share to TwitterShare to FacebookShare to Pinterest
Labels: wtf of the week