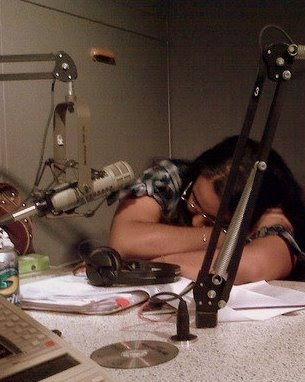 To all the newcomers, Welcome to APOPA!

You’ll more than likely recognize me as the random giggling you hear in the background while everyone else is talking. I’m very silly and can be immature but its all just for laughs. I’m somewhat shy and rarely speak but when I do its for the Korean Word, a weekly segment in which I teach random words or phrases in Korean. I also give the JROCK news (one of my favorite segments)!

Now on to the good stuff! I fell into Asian Pop while watching Korean variety shows and dramas. I’m a geek for all things historical so its no surprise that what attracted me the most were the Historical dramas. I began to listen to the OST and that’s how I got into KPOP. It was a total shock for me to learn that Cyn City was also interested in Asian culture and through her and Dori-Chan (a close friend who makes special appearances) I jumped into JPOP and was introduced to Johnny’s. It was Cyn City who first mentioned the idea of a podcast show about Japanese and Korean entertainment. In the beginning I was hesitant to participate but both Cyn and Ana convinced me (or my sushi might have been drugged) to join in.
And while I played and skipped merrily in the bubblegum pop world of KPOP it was Ana Pana who led me into that dark and sinister world of JROCK/Visual Kei and I’ve never been happier. It’s all about The GazettE!

And now for some more random info about ME. My real name is Beatriz Rodriguez and I was born in New York City. Cyn and I are cousins, I met Ana in middle school and a year ago I was introduced to Dori-Chan. I graduated from Nova Southeastern University and hope to ONE DAY become an Oncologist lol. I dream of visiting South Korea and meeting Lee Jun Ki (actor in the Army until 2012) and the cast of 1 Night 2 Days and then take the ferry over to Japan and see The GazettE live! Did I mention how much I love the GazettE? Its real and its deep.

Anyways, I do enjoy receiving messages from the listeners so please feel free to email or tweet me some news. If you ever have any suggestions for the Korean word or any comments about the show, send us an email. We love to hear from you all!

I want to say THANK YOU to all our past listeners who have stuck with us and have given us their love and support! And I hope for many many many more shows and even more listeners/followers of Asian Pop Addict!

So, with this I will conclude my essay and go back to watching my WWII programming.